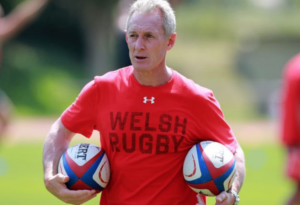 Former backs coach for the Welsh Rugby Union team, Rob Howley, has been served a ban from sports for 18 months after he placed bets on hundreds of games over a five year period.

Howley left the Welsh squad in Japan at the World Cup back in September, the ban is backdated to that date. Investigations proved the former backs placed a total of 363 bets on 1,163 Rugby matches between November 2014 and September 2109.

The bets were placed from his Welsh Rugby Union email and phone.

Six days before the first Wales game in Japan, Howley, 49, was sent home. After serving the ban, Howley is expected to return to Rugby Union in June, 2020. He was pipped to take on the role as new head coach in Italy before the allegations of betting were brought against him.

None Of The Players Knew

Howley admitted the offences and he admitted placing bets on games directly involving Wales or Welsh players. Bets had been placed on two of his players scoring a try in a given game. After all the players have bee investigated, Howley stressed none of them knew anything of the bets he had placed.

Ironically, throughout Howley’s betting period, he in fact made no financial gain whatsoever, instead he lost over £4,000. Howley described his addiction to gambling a direct result of the shock of his Sister’s death.

Nine months of the ban is to be suspended, due to mitigating factors. Howley has up to two weeks to appeal against the decision.