You are here: Home / Guides / Bag A Top Welcome Bonus At 32Red Casino 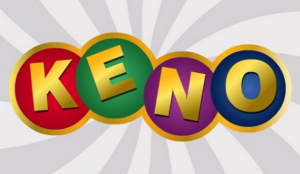 Keno is a fun game that everyone can enjoy playing online, regardless of their ability. The game of Keno is not complicated and involves players selecting some numbers and then holding their thumbs!

Whilst Keno is predominantly a game of luck, there are several tips and tricks players can adopt in order to enhance their chances of getting a good score and being crowned a Keno champion!

So how do you play Keno?

The basic rules of this fun and straightforward game are to select the same numbers which the game’s software select. If you do match your numbers with those the software has selected, you’ll be in for receiving a pay-out.

It is important to note, that Keno is based purely on luck and there is no benefit to selecting the same numbers for every game.

When selecting your numbers for the game of Keno, you should attempt to select more than simply a single spot. The odds of winning a game of Keno change with the amount of spots a player picks. It is generally advised to select at least two spots when playing Keno as just choosing one spot provides players with the worse odds of winning.

The lowest Keno house edge generally comes from selecting between 3 and 9 numbers. Although the chances of winning also depend on the particular casino a player plays the game of Keno on. It is therefore advisable to access the pay table prior to playing the game so you are able to determine the amount of numbers you should play.