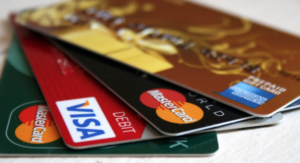 Amidst a huge amount of speculation over the past year, the UK Gambling Commission (UKGC) have today announced a total ban in the UK of gambling with credit cards, online and offline with the exception of non-remote lotteries, in a bid to curb gambling problems within the UK market.

The new law comes into force on April 14th 2020, which leaves three months for operators to make adjustments. A yearlong consultation has taken place with regulatory bodies, discussing industry safeguards in credit card transactions and structures to protect vulnerable gamblers within the industry.

The consultation also discusses the use of e-wallets such as PayPal, which is most likely to be included in the ban. Figures produced last year showed these type of providers had allowed problem gamblers to exceed banking limits with some players spending as much as £150,000 per day.

In its research and assessments with the UK Finance (a financial services authority) it’s estimated over 800,000 customers in the UK use credit cards to fund their gambling.

What does this mean for UK operators and Players?

It’s been a tough few years for the UK gambling industry with speculation of tough regulatory measures being implemented. The speculation became reality and with stricter regulations now in place, we have seen a rise in established operators pulling out of the UK market. Just last week, Royal Panda, a long established online operator announced they were to withdraw from the UK market as new regulatory measures had seen profit in the region dwindle.

In the midst of stricter regulations and more operators now opting to leave the UK market, what does this mean for UK players? Will players opt to play at unlicensed online casinos where gambling laws are not as strictly monitored?

Depositing with credit cards will be banned from April 2020, but will players be able to withdraw funds on credit cards? There are still questions around the ban and only time will tell what kind of impact the credit card ban will have on the UK market.