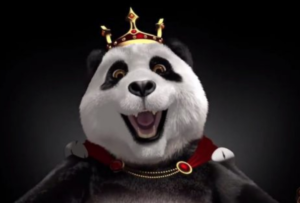 Royal Panda are the latest online casino brand to pull out of the UK market due to strict laws and regulations imposed by regulatory bodies.

Accounts Closed by The End Of January

The LeoVegas Group, parent company to Royal Panda made the announcement on Wednesday, also, they would stop accepting UK players from that date. Existing UK players are able to fund their accounts or make sport bets up until the 20th January 2020. Access to UK player accounts will cease after 31st January 2020, players are urged to withdraw any winnings before this date.

LeoVegas have assured customers they will ‘proactively attempt’ to release any remaining balances to their chosen payment method.

In the event funds are not released they will actively try to contact the customer via email in an attempt to get the funds back to players. However, if in twelve month the funds have not been claimed successfully they will be donated to GambleAware.

The news comes shortly after CEO of LeoVegas Group Gustaf Hagman said the UK market had seen profit but remained a challenge with performance levels dwindling towards the third quarter of the year’s finances.

LeoVegas acquired Royal Panda in October 2017, the biggest benefit for acquiring the brand was to secure their position in the UK market. Unfortunately, the growing disconcern for the laws and regulations imposed by regulatory bodies have pushed more and more operators out of the UK market.

“ It is correct that Royal Panda is leaving the UK market. We are focusing on the LeoVegas and other Rocket X-managed brands for UK market going forward. Those brands are performing better in the UK market and therefore we want to invest in them rather than in Royal Panda.” The spokesperson went on to say, “Royal Panda is an ‘important part’ of LeoVegas’ growth strategy and performs well outside the UK.”