It was back in November 2019 we last saw a winner of Microgaming’s Mega Moolah progressive slot, the lucky player landed a cool 2.7 million prize.

However, on 30th December, as 2019 came to a close, one very lucky player spinning the reels on Mega Moolah saw the jackpot bonus click on to the single section and drop a massive 4,966,561.64 jackpot prize.

News of the winner is scarce at the moment, the jackpot reset back to 2.5 million, which means the lucky winner was not playing in Pounds, Euros or US Dollars. Possibly another Canadian Dollar winner perhaps, or judging by the amount won, maybe a New Zealand Dollar winner? If this is the case, the winner will be the fifth New Zealand dollar winner to land the huge jackpot prize in that currency.

The latest win if the currency is confirmed puts the players win in the middle of the winners list in that currency.

In June 2016, Rawiri Pou won a cool NZ$ 10.1 million, this was the biggest prize won in this currency. Mr Pou was one of the few winners that went public after the huge win, promising to spend some of the money on his family and friends.

Mega Moolah is one of the most successful progressive jackpot slots and 2019 certainly hasn’t disappointed. After the latest win at the end of December, the total number of winners in 2019 tallied up to twelve, just one less than the highest number of winners in one single year.

Canadian Dollars was the highest winning currency throughout the year, out of the twelve, six winners were playing in Canadian Dollars, four in Great British Pounds, one each in US Dollars and New Zealand Dollars.

2019 was an incredibly lucky year for Mega Moolah players, so what does 2020 have in store? At the beginning of the year the newly anticipated Wheel of Wishes will be released, a progressive jackpot slot with a seeded fund of 2 million. The game is a remake of the old WowPot slot’s progressive jackpot and fans of the Mega Moolah and Mega Vault Millionaire slots will be eagerly waiting it’s release. Hopefully more new millionaires will be made throughout 2020. 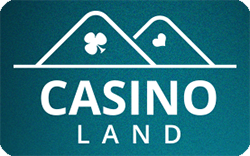