Make your first deposit and spin the Mega Reel for your chance to win amazing prizes including Amazon vouchers, 500 Free Spins on Starburst and Fluffy Favourites  T&C's Apply.

There’s a few operators in the online casino world who appear to have turned flogging a dead horse into an art form.

Perhaps standing at the top of this list is Jumpman Gaming, an operator with nearly 100 bingo and casino sites to its name by this point, most of which look the same, and none of which seem to have had any level of effort put into them.

Of course, it is not our pace to state that Jumpman Gaming haven’t put the effort in, that’s just how it appears, they might try really hard and just be terrible at their job, it is not for us to make these assumptions.

Whatever the reason, Jumpman are a parody of themselves by this point and one of their newest online casinos, Big Win Vegas, does nothing to drag the operator’s reputation out of the gutter of mediocrity.

Big Win Vegas has a derivative name, a derivative design, and feels like everything else Jumpman has ever done.

The main problem here is that we can’t help but think, imagine if, instead of spreading their soul across numerous places (something that has worked as well for them as it did for Lord Voldemort) they put all their efforts into one or two sites, just imagine.

Unfortunately. Imagination is all we have on that one, so instead, that’s have a look at another average offering from an operator who have made an artform out of it.

Big Win Vegas looks dull, boring, predictable, and unattractive, which is almost impressive as a combination, but not impressive enough to make you forget that none of those descriptions are positive in any way.

Cheap neon looking text doesn’t help, nor does the odd background that looks terrible, there was clearly something intended here, but it’s basically impossible to work out what it was, and whatever it was, it definitely hasn’t worked.

And then there’s the biggest issue with Jumpman sites, the fact that when you step away from the casino and go to a different tab on your browser, Big Win Vegas shouts after you, saying “Hey!” and “Come Back!” which is probably supposed to be cute, but in an online casino world where the focus is on protecting vulnerable gamblers, it is, at best, a bad idea, and at worst, a genuinely damaging tool to add to a site.

Most Jumpman Gaming sites do the same, and it has to stop soon.

It is not in our nature to not give credit where it is due, and to give the necessary credit to Big Win Vegas, this site offers what many Jumpman Gaming sites do, which is a strong collection of games.

Whether the collection is strong enough, however, is an entirely different question, and one that does not have as positive a response.

With titles coming from the likes of 1X2 Network, Core Gaming, ELK Studios, Eyecon, Gamevy, Genii, IWG, iSoftBet, Microgaming, NetEnt, NextGen Gaming, PariPlay, Playson, SG Digital, and Yggdrasil there is certainly enough to be getting on with here with a decent number of slots and table and card games to choose from.

Unfortunately, there are numerous more established sites that have substantially better gaming options and don’t suffer from the multiple shortcomings that effect the quality of Big Win Vegas, including the dreadful design, the poor reputation Jumpman gives itself, and the disgraceful “Come Back!” tool.

With so many better sites out there, it’ hard to understand why Jumpman keep releasing new sites, but it appears that they’re going to keep doing it, and never make any effort to improve them. 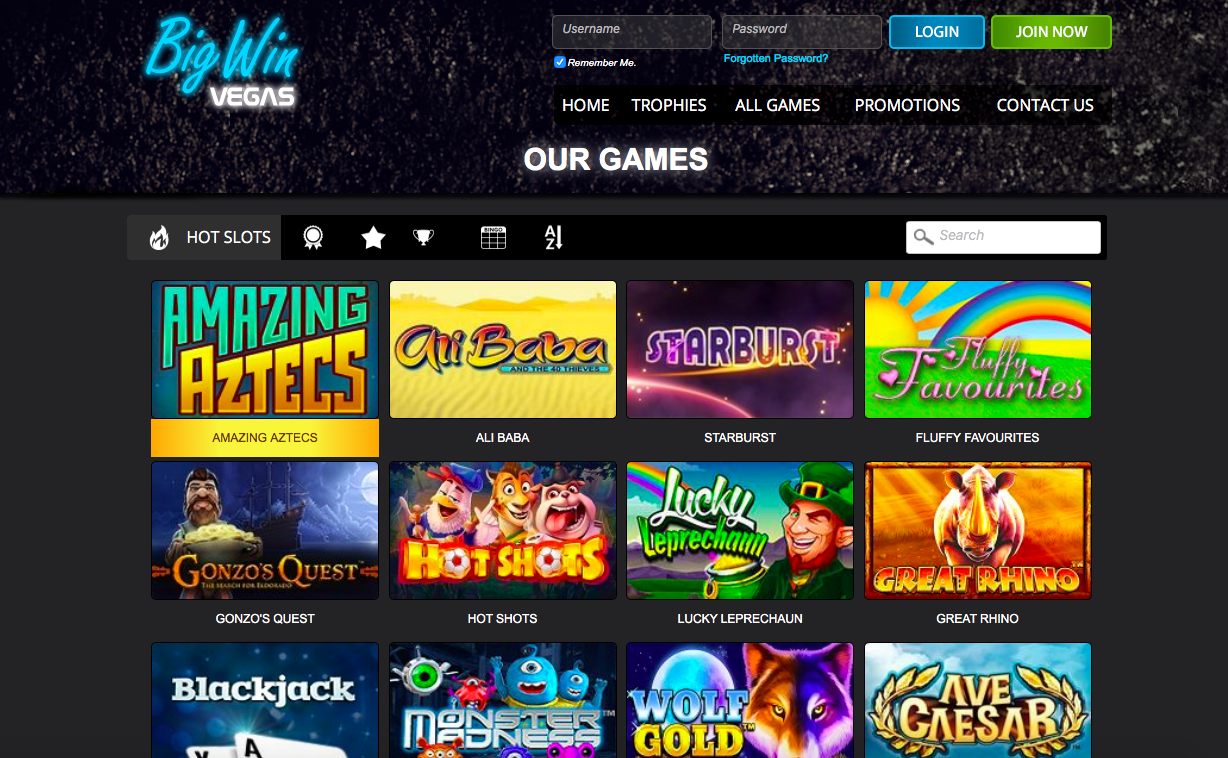 Companies that own this site : Jumpman Gaming