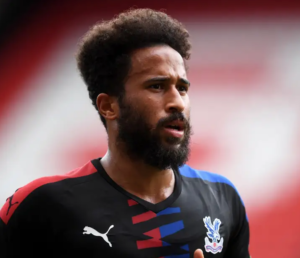 After battling with a gambling addiction on and off for years, Crystal Palace winger Andros Townsend, blew £46,000 in one night after downloading gambling apps due to ‘boredom’.

In June 2013, Townsend was fined and banned for four months by the football Association for breaching betting regulations. The player who earned 13 England caps said this was the turning point in his career, according to The Guardian.

After long spells away from home, Townsend, 28, became bored and having an addictive personality, he downloaded a betting app while on loan from Tottenham. Things quickly spiralled out of control for the player as he explained on the Player’s Tribune,

“ I didn’t even have to leave my room. I’m probably the only lad in history to lose £46,000 lying in bed on a Wednesday night in Blackpool. This is not a golden boy story. Let’s make that clear straight away.”

Boredom And An Addictive Personality

After tragically losing his brother at the age of 10, he admitted, “ the pain has been with me my whole life” he went onto talk about a whole host of emotions early on in his career.

After spending time away from his beloved Spurs, the trouble started. After spells of boredom, sitting in a hotel room, he saw an advert on TV for a betting app offering a free bet. Within months Townsend’s betting had become out of control, he kept losing, trying to rectify the loss and became completely addicted.

The problem ended after the FA found him out. He went on to get counselling for his addiction and additionally saved his football career.