Wintika Casino has been around for a couple of years now, having been released back in 2017, and during that time, the site has made a fair impact on the online casinos scene, but not quite enough of one for it to be a name that has stuck in people’s heads.

This may be to do with the doubt that many have about the site due to its odd terms and conditions, especially concerning withdrawal limits, or the fact that the site is not available to be played in the UK.

However, to some players, Wintika is an excellent casino, well worthy of their attention, so what is it that attracts these players, and does Wintika have enough to make a real splash in the online casino market despite having caused little more than a ripple since its release back in 2015?

Just because a site hasn’t taken off yet, doesn’t mean it’s guaranteed not to at any point, we have seen sites find popularity a while after their release, especially if they seek to improve themselves and increase their gaming options to gain the attention of players, so, does this look like something that Wintika is capable of? Or is this just another site that has settled for mediocrity?

Wintika is a great-looking site, this a fact that cannot be denied, and something that will certainly do the casino favours when it comes to enticing in prospective new players.

A neon pink and purple colour scheme, combined with a black background for much of the site to provide some much-needed balance to a design concept that would otherwise get too much in a hurry, this is a striking design, which gives a sleek and sophisticated feel, while also making one feel a little like a disco has just occurred in the middle of this online casino.

Simple navigation also helps a lot, with thumbnails allowing instant access to popular sites, as is the case at many online casinos.

The black background behind these thumbnails means that the artwork within them helps to bring the site to life, without clashing with the neon party that is going on elsewhere.

This really is a very attractive site, and although looks are not everything, they are important when it comes to tempting in online casino players, and Wintika has all the tools to do that, after that, it’s just keeping them that’s left to do!

If you are going to keep those players that you have brought to your site through your exceptional design concept, then games are undoubtedly the best way to do that, and, unfortunately, this is where Wintika lets itself down.

There’s an interesting mix, with titles coming from GamesOS, iSoftBet, Microgaming, MrSlotty, NetEnt, Playson, Playtech, and Pragmatic Play, so you’ll find some of the most popular games around, as well as a good amount that you may not have discovered previously, but there simply isn’t enough of them.

With most online casinos offering titles from a wide range of software developers, Wintika doesn’t come close, and a decent selection of slots, arcade games, table and card games, video poker, and live casino, as nice as the variety is, just doesn’t make up for the lack of choice within each of those categories.

Wintika still has time to save itself, but it’s going to take the addition of at least as many software developers as it already has, if not considerably more, if this casino wants to have any chance of competing with the big dogs of the iGaming world, whether this happens or not, we will have to wait and see. 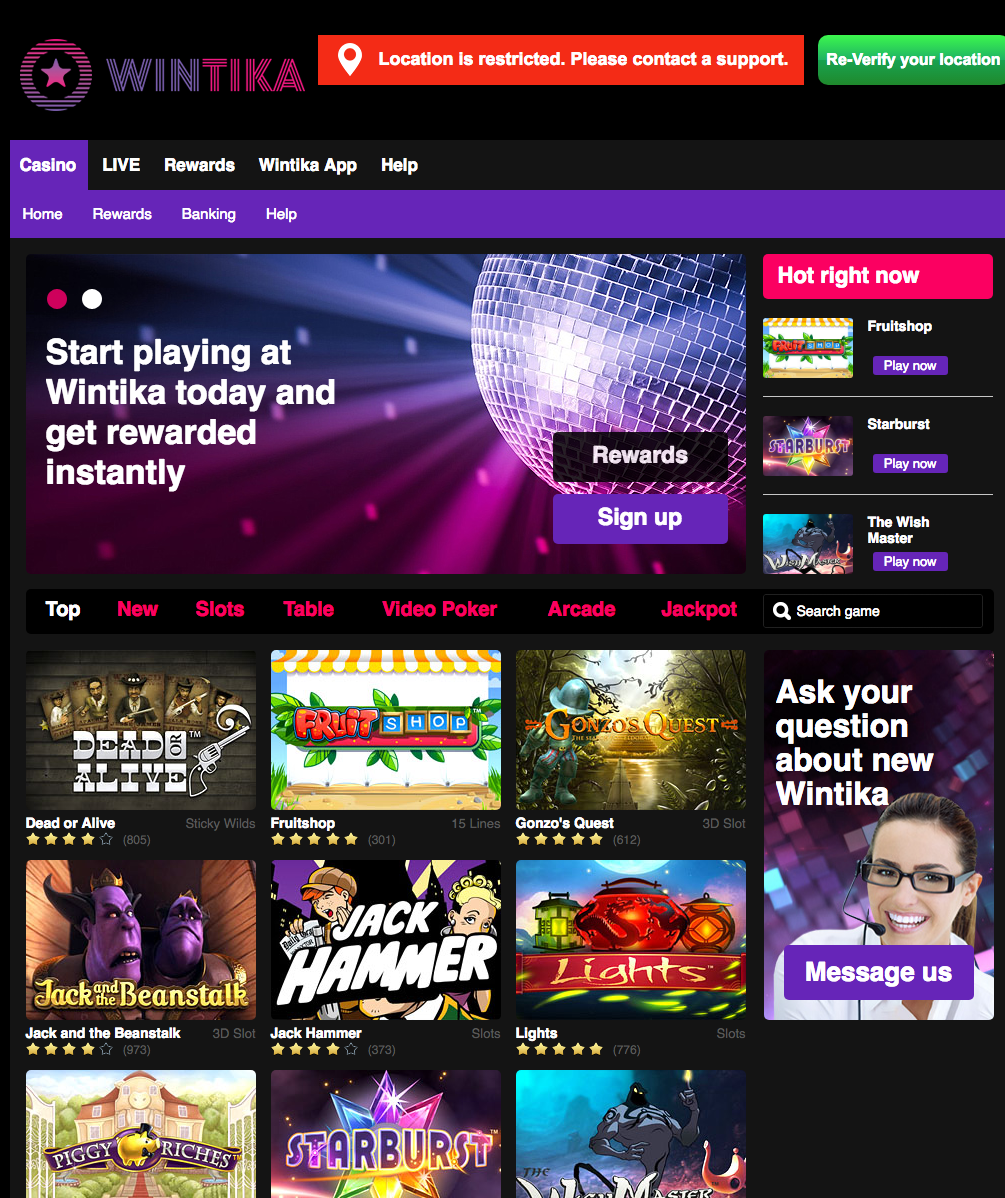 Companies that own this site : HighWeb Ventures N.V