100% bonus up to $/£/€200 on your first deposit! 25 Free Spins applicable on after first deposit on top game Taco Brothers! 50X Wagering the bonus amount before withdraw. deposit offer: valid for 90 Days from receipt. Free spins offer: valid for 7 days from receipt. Subject to site and SlotDeck’s full bonus policy. T&C's Apply. 18+ Only. BeGambleAware.

With the modern online casino market being as competitive as it is, new casinos are often choosing to offer as much variety in terms of games and game categories as they can.

This attempt to act as a one-stop shop for all a player’s online casino needs has been varied in its success rate, but it is also not the only trend.

Other sites choose to focus primarily on slots players, as the popularity of this game type has never been higher, thanks in no small part to technological evolutions that have allowed developers to produce video slots that are like nothing we’ve ever seen before.

Focusing on one particular customer type is a risk, but one many have taken, in name at least. One of the newest sites of this kind is Slots Deck.

Slots Deck is not a slot only site, in fact, they have impressive variety within the games they have on offer, but the name would definitely suggest they’re after a certain type of player.

Then again, the use of the word deck may well be a card games reference, all be it a subtle one, which then explains exactly what this site has to offer.

Either way, Slots Deck is a new site that is proving popular amongst players, so what does it have to offer?

If Slots Deck isn’t trying to advertise itself as a slot only site, then somebody should tell their design team, because that’s certainly how this site appears.

Advertising itself as having “the best slot games” with no reference to another game type may well put players off if they’re looking for a more diverse experience, which would work against the best interest of Slots Deck.

A green, orange, and white colour scheme that may or may not have been designed specifically to match the Taco Brothers slot that the homepage features makes this site feel different to most, and that’s a good thing.

It’s hard to stand out when there are so many other online casinos out there competing for the eye of the same players, but a colour scheme and design that makes Slots Deck feel different is likely to catch the attention.

Of course, looking good is only half the battle, but luckily this site is also simple to use, with effective navigational tools, clearly marked game categories, and numerous thumbnails that allow instant access to games directly from the homepage.

Slots Deck stands out in terms of image, and that’s definitely a good thing, but the real test of an online casino’s ability to succeed will always come in the games on offer, and it’s no different here.

As a result, Slots Deck can already offer a wide range of slot games that differ greatly in terms of theme, style, and gameplay features, alongside several jackpot slots, there’s something for everybody.

As stated above, it isn’t all about slots here, and you’ll also find an abundance of table and card games available at Slots Deck, instant win fans will also be happy to hear that there’s also a collection of scratchcard games. Not only that, but all games can be demoed for free!

Slots Deck is an interesting site that has a definite chance of making a real impact as it finds its feet in the iGaming world. 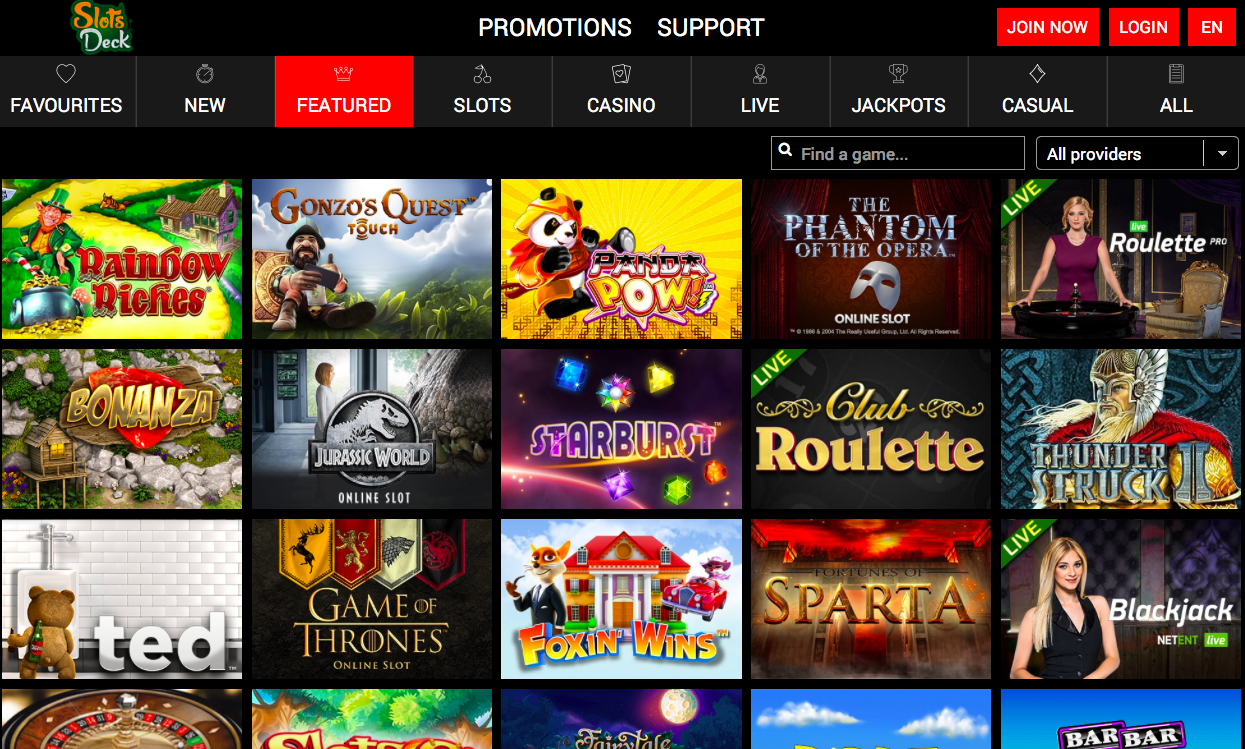 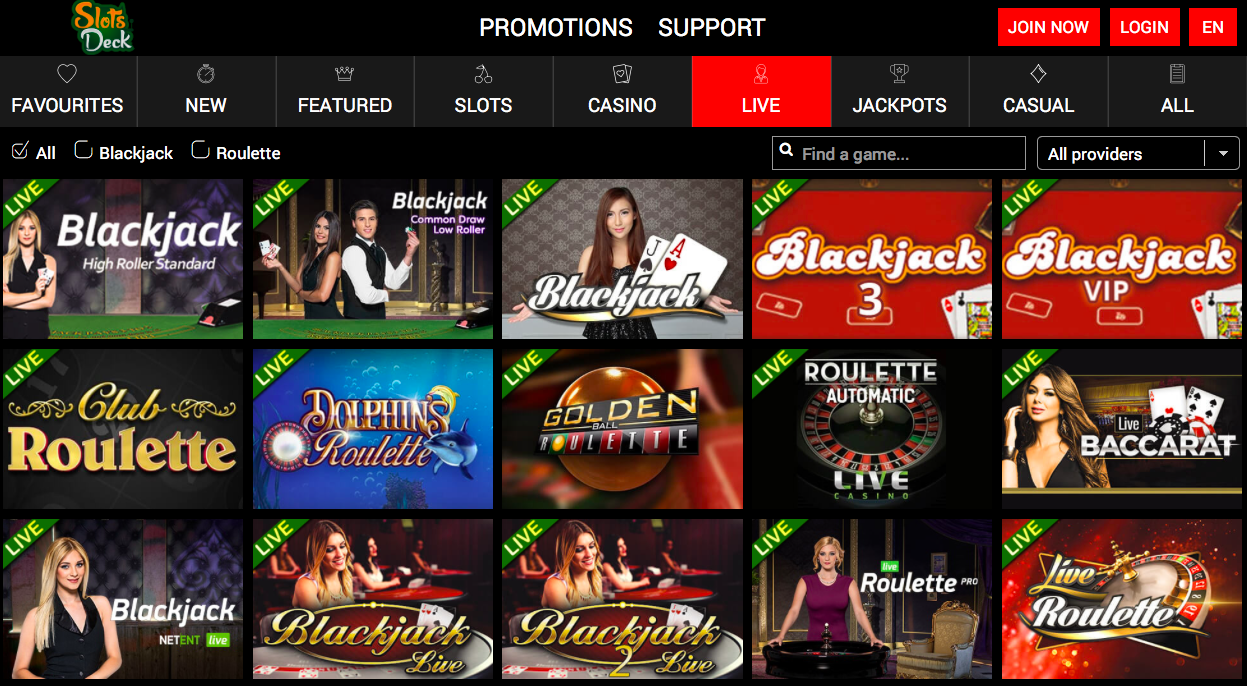 Companies that own this site : Progress Play