Once upon a time, the online casino industry was born, and at that point in time, whatever theme a site went for would seem original. Many chose to put lavish imagery and affluent tones at the heart of their style, and soon there were too many.

Fast forward some 20 years, and somehow there are still sites that think this is a concept that is going to help them stand out in what has become one of the most competitive industries on the planet. Enter Regal Wins.

Launched in March 2017, Regal Wins is a site from Stride Gaming, who really should’ve known better.

A concept isn’t everything though, and with a welcome bonus that offers a 100% match up to £200 on your first deposit, and £500 in bonuses in total across your first three deposits, Regal Wins certainly seems to have a sense of how to capture the attention of prospective players. There’s nice promotions for existing customers too, which will help keep that attention for the long term.

Maybe Regal Wins can stand out despite its derivative concept, all it will take is an excellent execution of its concept, and a highly competitive selection of games.

Excellent execution of its concept is not what you get here, at all. In fact, what you get is quite possible the most generic design of an online casino that you’ll veer lay your eyes on, it’s almost impressive.

The colour scheme is black and gold, obviously, because the online casino world decided 20 years ago that these were the colours of sophistication. The logo looks like it was made using WordArt, in fact the whole site looks like it was built from a template, and no changes were made.

Looks aren’t everything, of course, but in a market as competitive as this one, making a strong first impression is nothing short of vital, and Regal Wins doesn’t do this, in fact, as soon as you look away from it, you’re likely to forget what it looks like, not that you couldn’t guess anyway.

When it comes to offering direct access from the homepage, Regal Wins actually does a great job of it, with a block of thumbnails creating a design all of its own, a design that is far better than the one Regal Wins went for, which is nice to a point, but it’s also a bit depressing that the best-looking part of the site was designed by various other designers, and has nothing to do with Regal Wins at all.

So, that’s none for one so far, with the design not doing what it needs to, but there’s still a chance if the games selection available can stand out.

This means that slots fans can enjoy games from old favourites, to new releases, and a bunch of titles they may not have discovered yet, and table and card game lovers will find more variations of poker, roulette, and blackjack here than they could know what to do with, and that’s great. Whether it’s enough, on the other hand, remains to be seen.

Games are, obviously, the most important aspect of an online casino site, and Regal Wins offers an excellent variety of them. However, it would be nice if one even felt like any effort at all had been putting into the rest of the Regal Wins site. 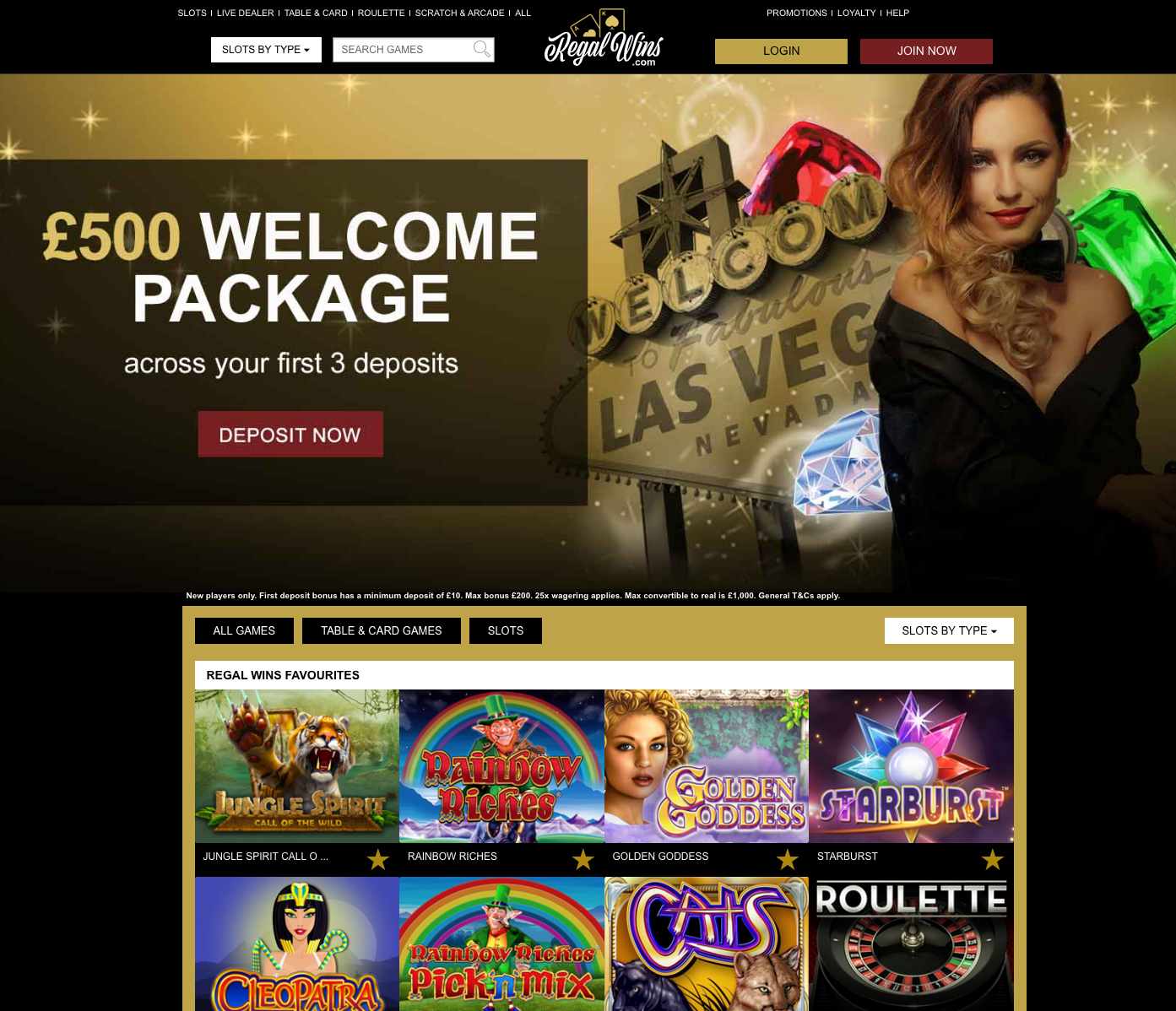 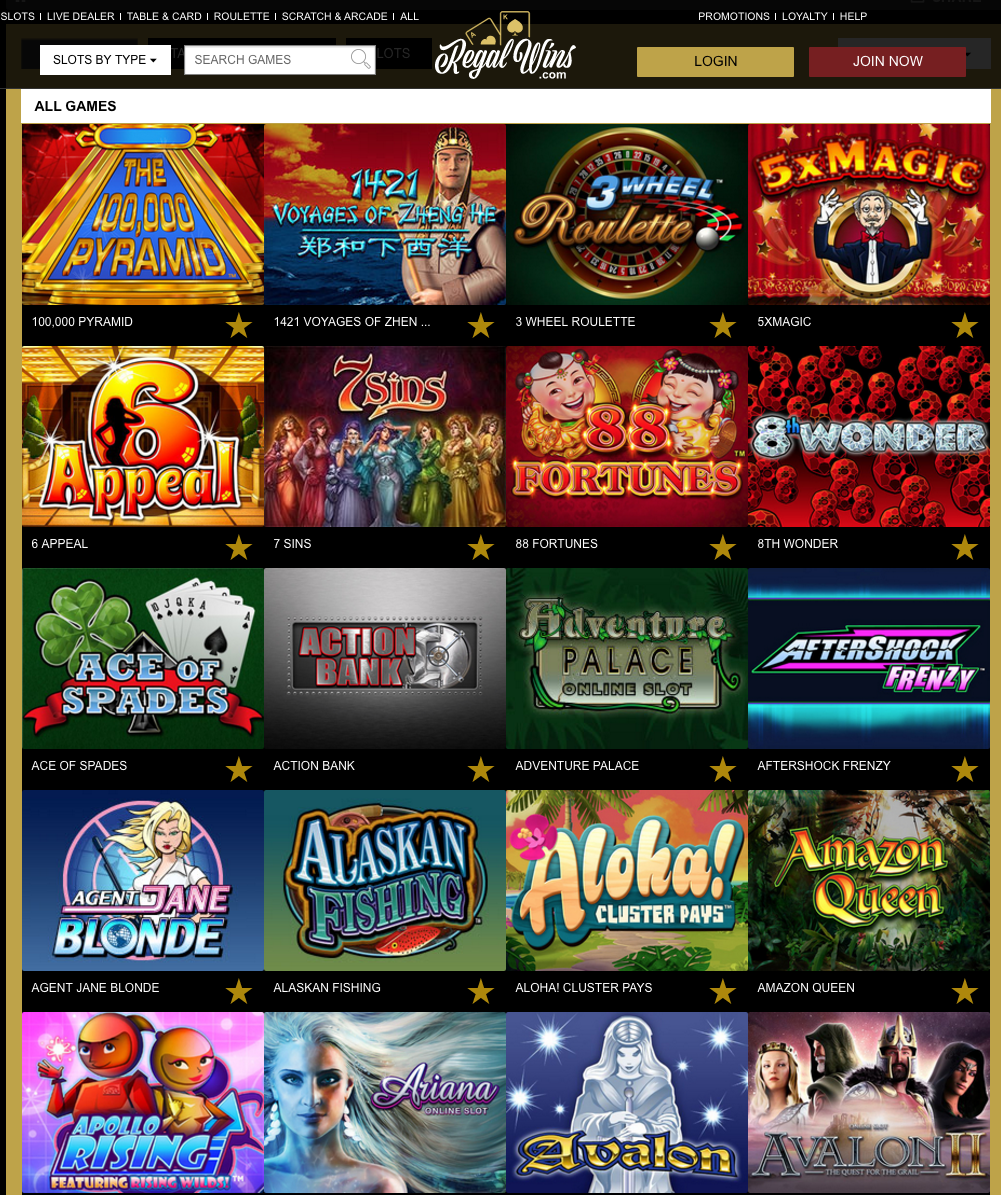 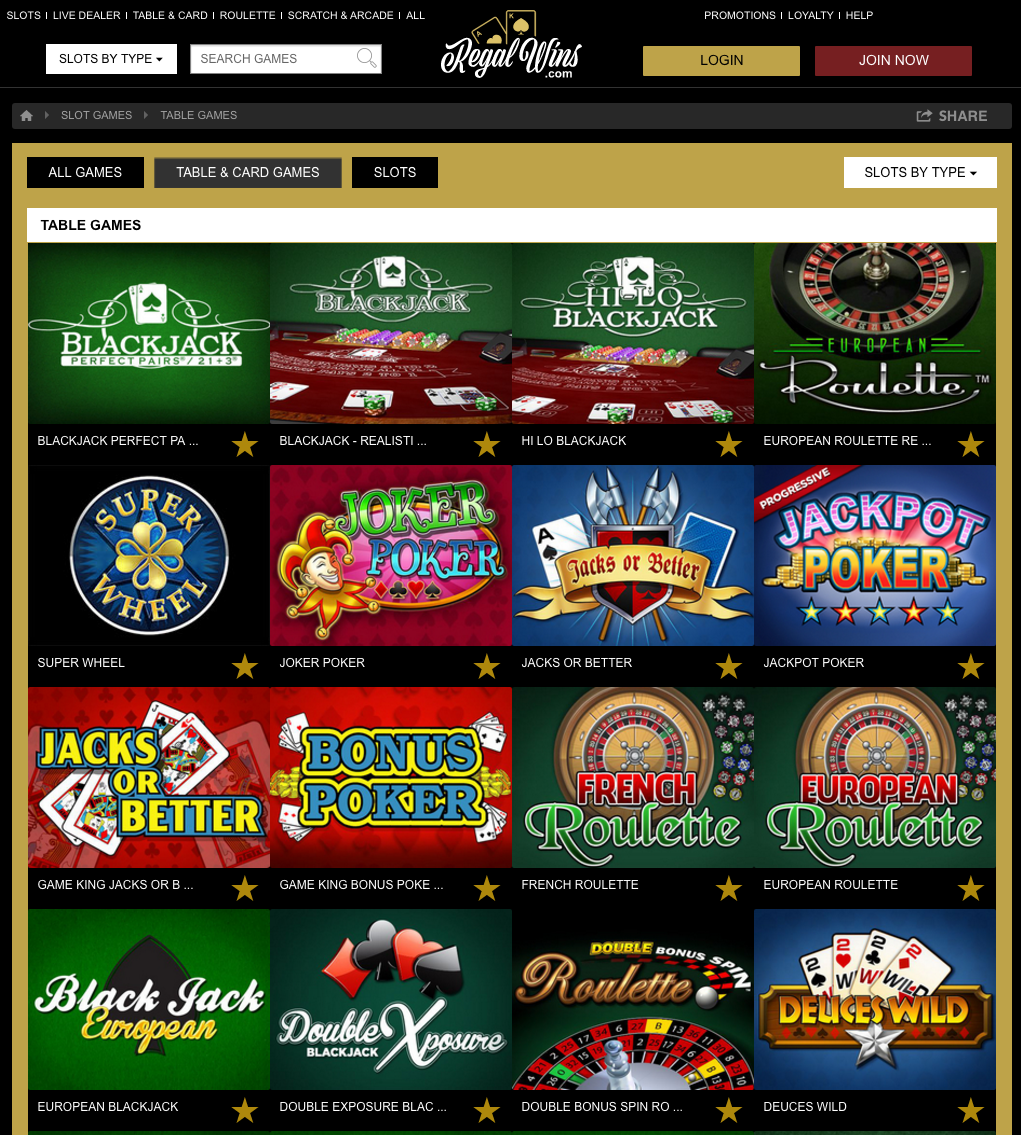 Companies that own this site : Rank Interactive (Gibraltar) Limited