A minimum deposit of €10 (100kr, $10) is required to claim the Welcome Bonus. Cash Spins do not have any wagering requirements. Cash Spins are given on one of the following games: Fruit Zen, Boomanji, 88 Dragons The value of the cash spins given is based on the minimum bet value of the game. Players will automatically receive the bonuses in the Welcome Bonus package on their first three deposits at the casino, with the use of bonus codes: BONUS1, BONUS2 and BONUS3 If any part of your Welcome Bonus is not credited automatically, please contact our customer support team immediately on live chat so that it can be credited manually. If the deposit has been played before the bonus is credited, the bonus will not be granted. Players can cancel a bonus by contacting our 24/7 customer support. This can only be done before a bet is placed. Players can contact our 24/7 customer support to stop automatic bonuses before they deposit. The welcome bonus balance is subject to 45 times wagering requirements before withdrawal can be made. General Bonus T&C apply. T&C's Apply. 18+ Only. BeGambleAware.

The terms “Orient” and “Oriental” have become somewhat controversial in recent years, in the UK, the words are rarely used, and Barack Obama decreed during his term that no official governmental documentation in the US was to use the terms.

This social (and at times legal) rule change does not seem to have made an impact on the online casino world, with all things from the Far East being aa popular a theme as ever, and the word “orient” being used in many games, and for a few sites.

One of those sites is OrientXpress, which, on assumes, may find itself in trouble over its name at some point.

A rebrand may be necessary if and when that time comes, and if that is the case, then this is a site that is going to have needed to build up quite the reputation for itself before that happens.

This isn’t the only issue that OrientXpress has either. The site is run by the Equinox Dynamic N.V Group, which is associated with the Game Tech N.V Group.

Game Tech have, in the past, been found engaging in unethical practices, something that still makes many players hesitant to play at associated sites to the group.

This gives OrientXpress a lot of work to do if it’s going to succeed, so, does this seem like a site capable of taking on that Herculean task?

Considering its name, OrientXpress has nothing in its design that really comes close to being themed around Asia, but the Orient Express train of the same name. The logo is clearly supposed to resemble the front of a train, the rest of the design work involves designs taken from popular games, while the background is the map of the train’s journey, a pleasant image, but like everything else here, quite boring.

A black and white colour scheme, simple fonts and images, this site feels like it was put together in a rush, by people who aren’t particularly knowledgeable about site design.

All in all, this is a disappointing looking site, leaving the games with a lot to do.

The selection of titles available at OrientXpress is impressive, which is useful because nothing ese about the site is.

You’ll find slots, table and card games, a live casino, scratchcards, and more amongst the options available here, ensuring that fans of any game type will find something to be getting on with at OrientXpress.

Unfortunately, it just doesn’t feel like enough. In order to really stand out against the adversity it faces, and its uninspired design choices, this online casino would have to bring a range of games that is better than anything else available, and it isn’t.

A very good collection of games, attached to a poor online casino, means that OrientXpress is mediocre at best. 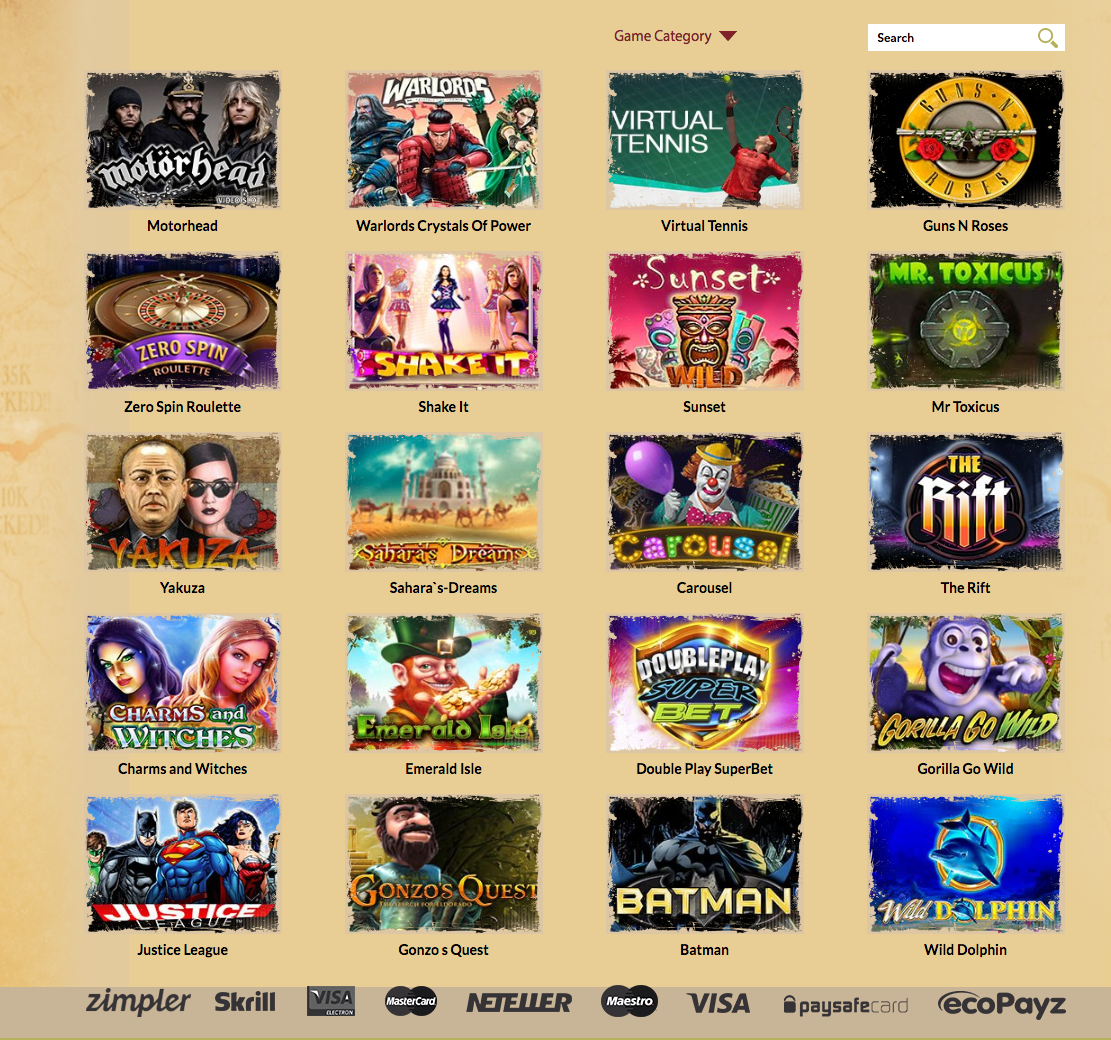 Companies that own this site : Equinox Dynamic NV