T&C: PARTY250 code is valid once for new players on slots and specialty games only, PT x50, max cash-out x2. To be claimed in Live Chat. T&C's Apply. 18+ Only. BeGambleAware.

Nostalgia is an important sensation in the world of online casinos and their games. Retro has never been so popular with players loving to hark back to the past of classic games.  However, the good thing about retro feeling games and sites in the modern market is that they have up-to-date touches, something that ensures they are considered retro as opposed to simply old fashioned.

Taking a classic approach to the design, style, and tone of an online casino is not the worst idea most of the time, however, there needs to be something that modernises, and that is noticeably missing at Golden Lion.

Launching back in 2016 by Blue Media N.V, Golden Lion feels like it’s set up to compete against the most established sites of the mid-1990s, as opposed to having any chance of surviving in the far busy, more competitive, and more complex iGaming market of today.  However, maybe this is all part of the plan, maybe Golden Lion Casino has simply delved deeper into the retro approach than we’ve seen any online casino do before, going full method in order to create the perfect nostalgic experience.

If you were trying to make the most derivative, predictable, and out-dated casino possible, whether intentionally or otherwise, the first step would certainly be a black and gold colour scheme, and that’s exactly what you’ll get here. It’s been decades of black and gold being used to represent affluence, and tempt in those elusive high-rollers, and it became cliché a very, very long time ago. That, apparently, has not stopped new sites still going for the exact same approach, and as it’s name suggests, Golden Lion has proudly added its name to that list.

As a US facing casino, Golden Lion admittedly has less competition, but that doesn’t mean it doesn’t have to try, and this site does not feel like it has.

With slots marked under ‘special games’ on the homepage, as Golden Lion appears to believe that offering slot games to players puts it at the forefront of iGaming evolution, everything is ridiculous about the way this site is put together.

Navigation is fairly simple, but it could certainly be easier, and is at most other sites that you’ll find.

If Golden Lion was after proving that the old-fashioned nature of its appearance was all part of harking back to the old days while maintaining a modern approach, then the games selection is the opportunity for them to do so. The online casinos that enjoy the most success are those which offer a varied collection of games from a myriad of top-quality software developers, from big names to up and comers.

Golden Lion does not quite do this, instead offering games from BetSoft< Rival, and Vivo Gaming and expecting that to be enough. It is not enough.  Yes, there’s table and card games, video slots, and those oh so special slot games alluded to earlier, but not many of either, certainly not a sufficient number to be in any way competitive.

In an industry as competitive as the online casino world, you will sometimes come across a name that has put in no effort and just hopes to succeed because the industry is popular, this feels like what Golden Lion has done, and it seems unlikely that it’ll work. 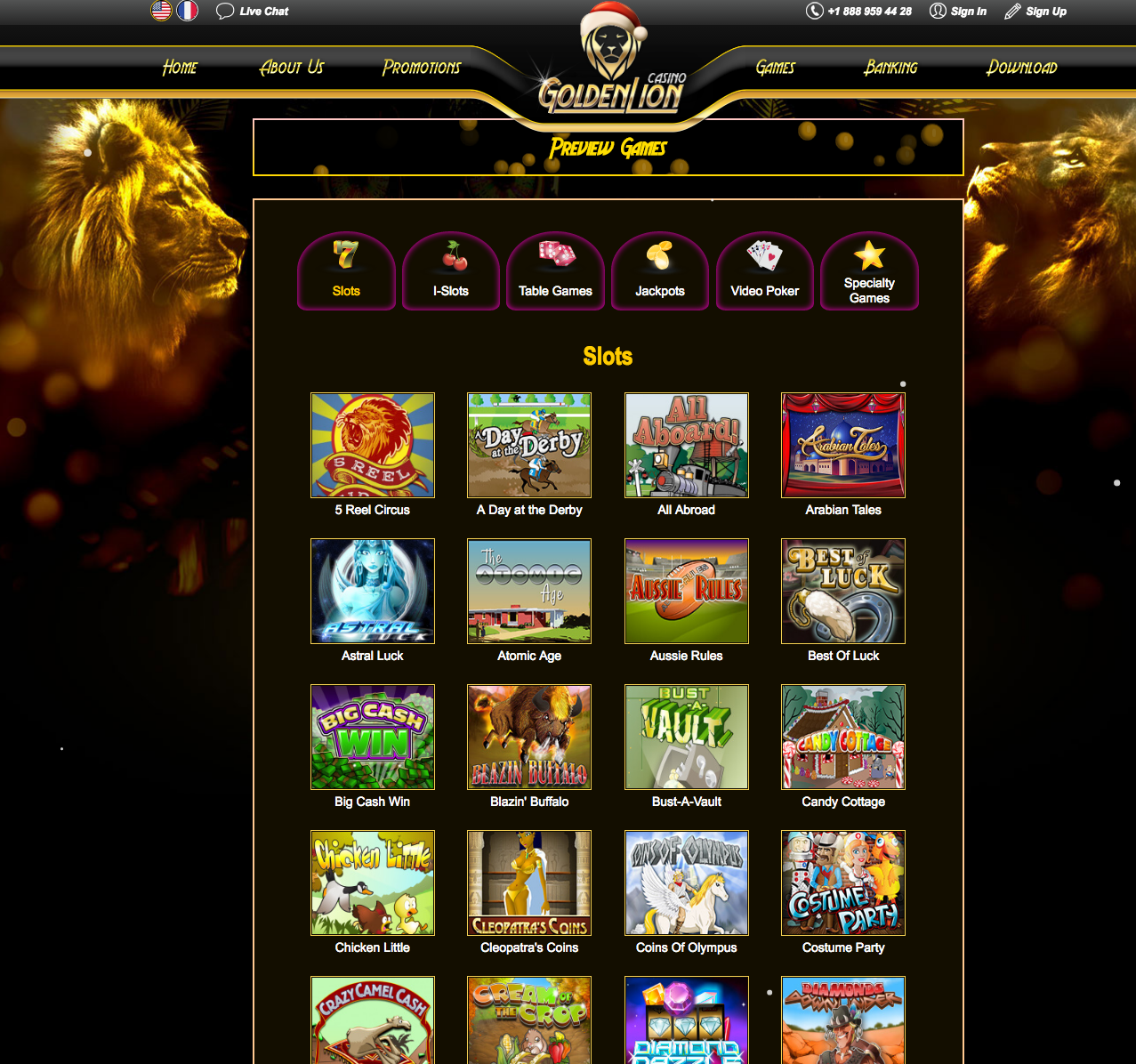 Companies that own this site : Blue Media NV.