Fantasino Casino is really fun to say. That is simply a fact. Granted, one should not pick an online casino to play at based solely on how enjoyable the name is to verbalise, but it would also be incorrect to suggest it made no difference. It’s difficult to say Fantasino Casino without smiling, which makes the chance of players to enjoy themselves at the site a little higher.

Fantasino goes all out on its concept, to a degree that few others do. It is becoming slightly less rare for online casinos to create games to play within the design of the site while you play online casino games, thanks to the success of the likes of Kaboo, Ikibu, and a few others, but it certainly isn’t commonplace, and that means Fantasino immediately stands out.

With a wide range of characters, and different realms to explore while you complete missions to win prizes, this is about as immersive as an online casino can get, and that makes Fantasino instantly one of the most interesting online casinos that has been released in 2017.

Interest is good, but all it gets you is the attention of prospective players, Fantasino needs to offer top quality content and style if it’s going to entice them to deposit and become members of the Fantasino community.

When you arrive at the Fantasino site, you are greeted by a giant dragon with outstretched arms and oddly human fingers, it’s best to assume this dragon is welcoming you to the site, or maybe offering a hug, but it’s hard to know for sure.

The colour scheme here is predominantly blue, and a cartoony style is used, the homepage is lovely, and navigation is simple, but it is in the Fantasy World section that this site really comes to life.

As you complete quests by finding hidden treasures and completing various missions, you will navigate the map and discover more of the wonderful world of Fantasino.

This is an excellent looking site with a strong concept and a near perfect execution of it.

With that many options to choose from, it would be pretty close to get bored of the games on offer here, and that’s before you consider that the site itself is also one giant bonus game that you play whenever you are enjoying your favourite games.

Slots, table and card games, and more are here in abundance, and all of them can help you in your quest to win prizes from Fantasino.

A simply breathtaking site, and one that is in with a shout of being the best of 2017, Fantasino feels like the future, and the future feels great! 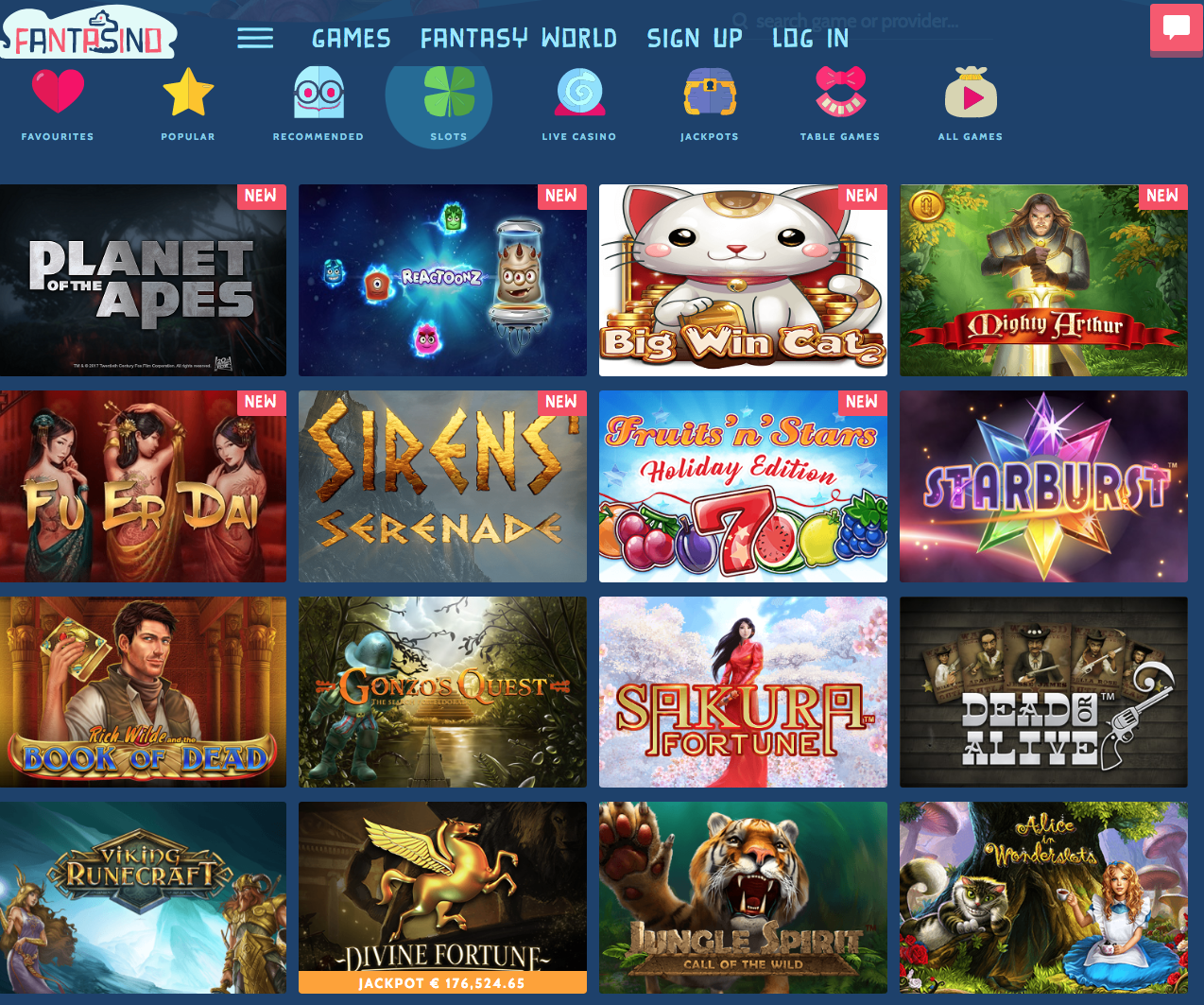 Companies that own this site : EveryMatrix NV