New Players Only. Wagering occurs from real balance first. 50X wagering the bonus or any winnings generated from free spins. Contribution may vary per game. Available on selected games only. The wagering requirement is calculated on bonus bets only. Bonus is valid for 30 days / Free spins valid for 7 days from issue. Max conversion: 5 times the bonus amount or from free spins: £/$/€20.

Part of the Imperium Network Solutions Group and licensed by both Curacao eGaming and the UK Gambling Commission (UKGC), Jackpot Luck Casino was launched in March of 2015, just before the number of new online casinos being released took a huge leap forwards.

This makes it tough for sites like Jackpot Luck not to get lost in the shuffle, due to the distracting number of new releases that followed soon after.

However, despite this (and despite having arguably the least original name in the entire online casino industry) Jackpot Luck has enjoyed a decent level of success.

A decent level is fine, but all online casinos are looking to break into that higher echelon of sites, the seraphim of the industry if you will, the likes of Mr Green, bgo, and LeoVegas own this upper level, and it takes a lot for a contender, even one with a good two years plus of experience, to break in.

Jackpot Luck, like all other established sites (and indeed most new ones) harbours dreams of making it up there, but there’s a lot that is necessary in order to have a chance.

If you are looking for originality in an online casino site, then the design concept at Jackpot Luck suggests that this is not the place that you will find it.

The logo looks like it was taken from a low budget casino from the 90s, which is not the look many are enticed by, and the royal blue and red scheme does nothing to modernise the feel of the site.

Navigation is simple enough, which is good, but not even close to enough, and the thumbnails on the homepage that lead to various popular games also do nothing to help Jackpot Luck stand out as, despite their usefulness, you will find these thumbnails on almost every online casino site these days.

It isn’t that there’s been no effort made here (although it almost feels like it would be better if it was) it’s more that the effort has been put into all the wrong places. Instead of a bold, striking design concept, you get something that may have been intended to look retro, but only succeeds in looking old.

Looks aren’t everything, but Jackpot Luck has left itself with a lot to do due to its poor design concept.

The games can’t disappoint here if Jackpot Luck is to become more competitive, and the games don’t, but the variety available is less pleasing.

1X2 Network, BetSoft, Leander Games, NetEnt, NextGen Gaming, NYX Gaming, Quickspin, and White Hat Gaming is a good list of software developers, there’s no denying that, it’s just too short. There are more big names missing from the list than there are on it, and no time has been given to any exciting rising stars of the industry like Yggdrasil, making the selection of games feel as dated as the design.

There’s at least a wide array of game types to choose from, with video slots, jackpot games, table and card games, a live casino, and a handful of scratchcards available, so you won’t struggle to find something to do, but it doesn’t feel sufficient.

Jackpot Luck Casino is a good online casino, despite its disappointing image, but good doesn’t cut it in such a competitive industry, you need to be great, and Jackpot Luck simply isn’t. 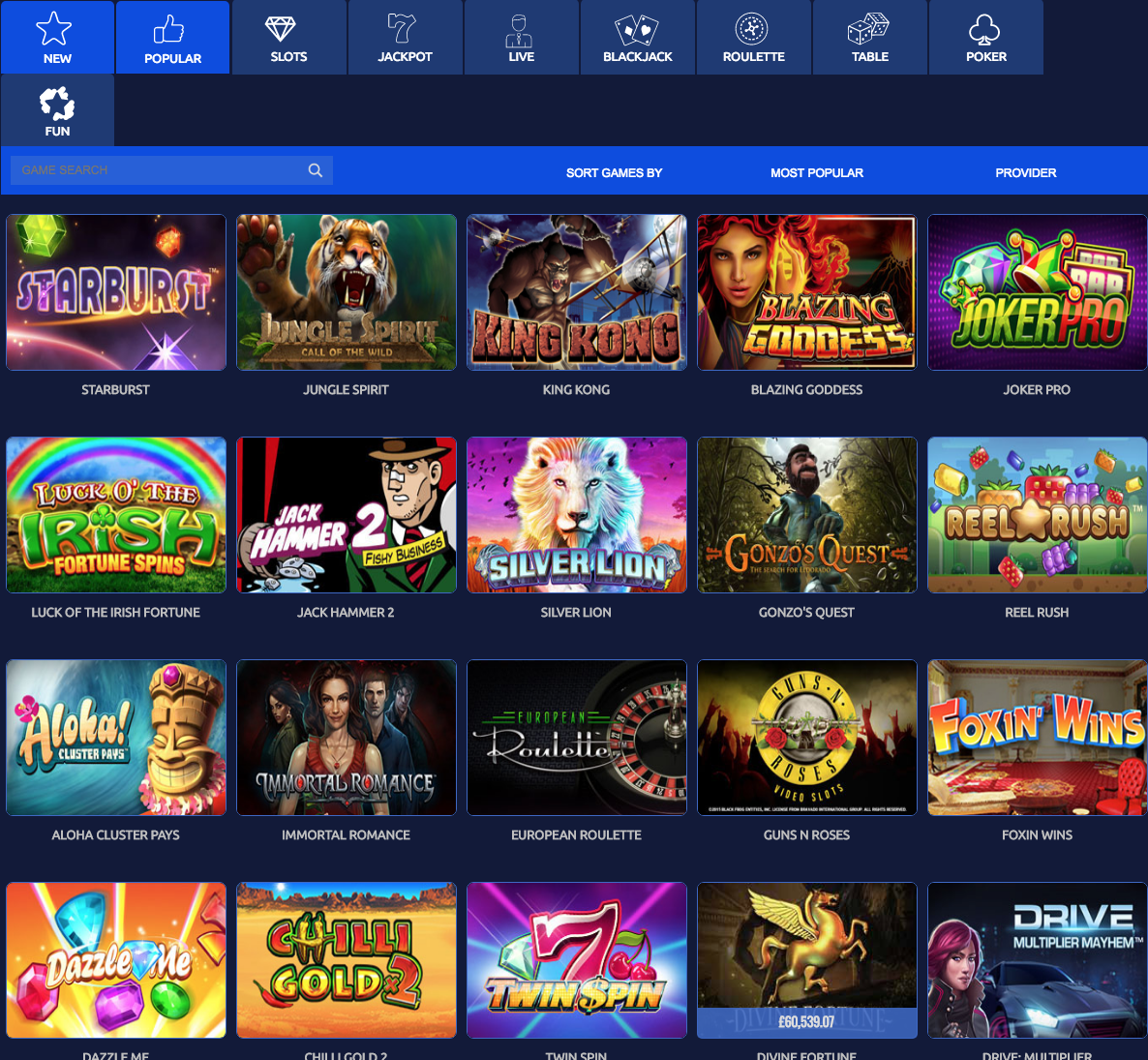